heloo want to share this song, I really love this song althought the meaning is about separated, but beautiful separated. why I share this lyric? because I just watched HnA final episode and they used still as bgm :'). this work credit to


"Someday" I remembered that word you said which seemed easy to forget
On a path, the wind that would call the seasons stops
Then, I come to my senses thanks to your voice and continue my usual way of living
Just about everything has been shining since that day

If you close the door, then it seems like everything will just completely disappear
Every day passed quickly as I couldn't get familiar with being honest

Probably, we started walking at that time Each on our different roads
Until someday when those feelings would emit a radiance
If the wheels start to turn, then the journey will completely begin
So that I won't get lost again, I'll gently hold onto my past

Even though it was a secret I'd kept hidden for a long time, I was able to tell it only to you
No matter when, telling you everything about me, I probably couldn't do it yet…

On the noisy streets, I'm passing by people whose names I don't know
Everyone looks like they are yearning for someone important to them

When I was carrying so many things it seemed like they'd get crushed, I remembered at that moment
We're always connected Because that hand isn't a lie
Days that shouldn't be able to return are precious But tomorrow is waiting for us too
We can still go anywhere

“That day, I think you were trying to say something to me…”
Even if I told you what, it doesn't matter anymore
Meeting with difficulty Gradually understanding Crying terribly as the seasons drew near
You are you Drawing your huge dreams
From here, I'll be hoping for your success
"If I'm only waiting, then there will be no tomorrow
I moved because nothing will start from here"

Even the dark road from before that I couldn't see
Even if that was, for example, a detour
Now, for a little while, let's both leave behind our painful expressions

This isn't goodbye Our meetings are another new beginning
But I want to meet you even more
I still do…
Someday we'll meet again and laugh That's right, absolutely

Probably, we started walking at that time Each on our different roads
Until someday when we understand the reason the two of us met
If the wheels start to turn, then the journey will completely begin
So that I won't get lost again, I'll gently hold onto my past
FYI, my tears keep fell down when this song played when I left my journey in semarang. I don't even know why I cried that time. I really have a lot of lovable person in there and lovable memories. This song, actually, I want to give to my friend who want to study abroad as a memory but I cancel it bcos I cant meet him. and now I'm touched bcos this song used in HnA final episode.. its really make me sad "ahhh no more arashi chan ;(( but they end beautifuly.
arigatou arashi chan for sang this sad yet beautiful song.

this is the link if u want to download it (even, i know all of u already have hahaha) Arashi-Still...

Well just random thought in the middle of the nite.

Actually, i have been feeling like this since long ago. But just realise when now Im living separated from my college friends.

Now, everytime my friends text/mention me in soc med/sms. I can feel the different.

Hahaha maybe it seems weird but there are mean something for me :D 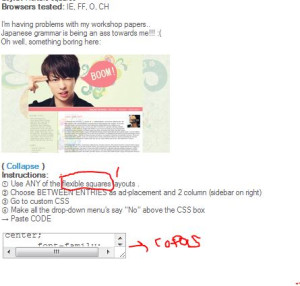 SEKARANG TAHAP 2. dia minta BETWEEN ENTRIES AS AD-PLACEMENT AND 2 COLUMN (sidebar on right) 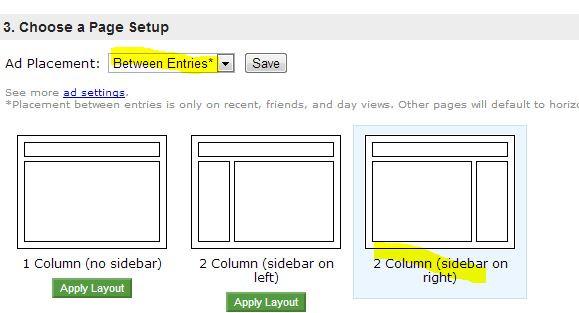 On a personal note, Matsujun, from the national idol group Arashi, came up to me with an angel smile* and said, “Hey, we have the same birthday~” I was blown away! So that made a wonderful day.-GOLDEN BOMBER MEMBER UTAHIROBA


yayyy! Hope everyone can get all their wish comes true in this year!

Hello.. Fyi, Im android user. I tried many app for LJ in my droid.

Ahhh this app is the best for ONLY posting. U can upload photo too. Add user in post.

Unfortunately, no one action other than posting in this app.

As usual, the official app lack in some aspect.
(+) view friends page
(+) posting with mood,music,upload menu

Conclusion
I installed Eljay n LjBeetle.
Hope in future the apps for LJ will be better.. Esp. Can check inbox.

barbosa2007 at Vote for Arashi in the Billboard Japan Music Awards!

Arashi is being nominated in the Pop Artist category for the Billboard Japan Music Awards this year, so let's support them during their anniversary month! Voting ends on the 15th of November!

actually, i made arashi theme for google chrome just for fun because i desperate bcos i cant find their their theme in chrome webstore.

Your best K8 match is: Okura Tadayoshi!
Take Which Kanjani8 member are you most compatible with? today!
Created with Rum and Monkey's Personality Test Generator.</p>

Congratulations, your K8 love match is the sultry and serene Okura Tadayoshi!


Considered one of the heartthrobs of K8, Tada is tall and gorgeous. But Tada is more than just a pretty boy. He's an exceptional drummer, and a pretty damn good dancer and singer too. He's pretty quiet though so you'll either have to learn to appreciate the silence or talk enough for the both of you. Despite his quiet and often infuriatingly calm character, Tada can and does become excited. When he does, Tada goes from being cool and laid back to dorky and very cute. And nothing makes this guy go into dorky little boy mode quicker than food, his one true love. So hopefully you are an amazing cook or at least know where all the good restaurants in town are. Tada can also be quite romantic and he's pretty accommodating. When you're with him he'll probably go along with just about anything you decide. But when he's set his mind on not doing something, often it will be hard to convince him otherwise. And despite his seeming spaciness Tada is no airhead and while other people are yapping away Tada is quietly observing his surroundings. A calming and relaxing presence, Tada hasn't an aggressive bone in his body. And he's the perfect match for the low tension and laid back girl that is you.